On Deck from ABCNY
…and More Treasures. 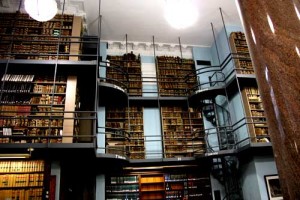 In February, 2014, the Law Library received its latest installment of historical foreign law from the Association of the Bar of the City of New York. This shipment comprises Finland (22 linear feet), Liechtenstein (6 l.f.), Poland (21 l.f.), Portugal (101 l.f.), Spain (264 l.f.), and Yugoslavia (6 l.f.). Processing of these materials continues apace and they will be available for use shortly.